In response to a dramatic increase in passenger traffic and growing need for additional check-in counters at Copenhagen Airport, PLH has designed an expansion of the check-in area in Terminal 2.

The new check-in area is located between four existing buildings through which several building infrastructure systems and baggage conveyor belts pass. Conversion of these were required to create added space for new counters in the departure terminal area, and this was planned and executed while the airport was in full operation.

The area’s fire sectioning was in force throughout the expansion, but has been significantly upgraded with the addition of large sliding fire doors.

The new check-in area consists of a double height passenger area with two large circular skylights and check-in counters at floor level. Since the new check-in area lies in direct connection with landmark Terminal 2, built in 1959, a high level of architectural quality was required to provide cohesion with the terminal’s heritage, but in a new and balanced modern expression.

The project was nominated for the Danish Lighting Centre award in 2011. 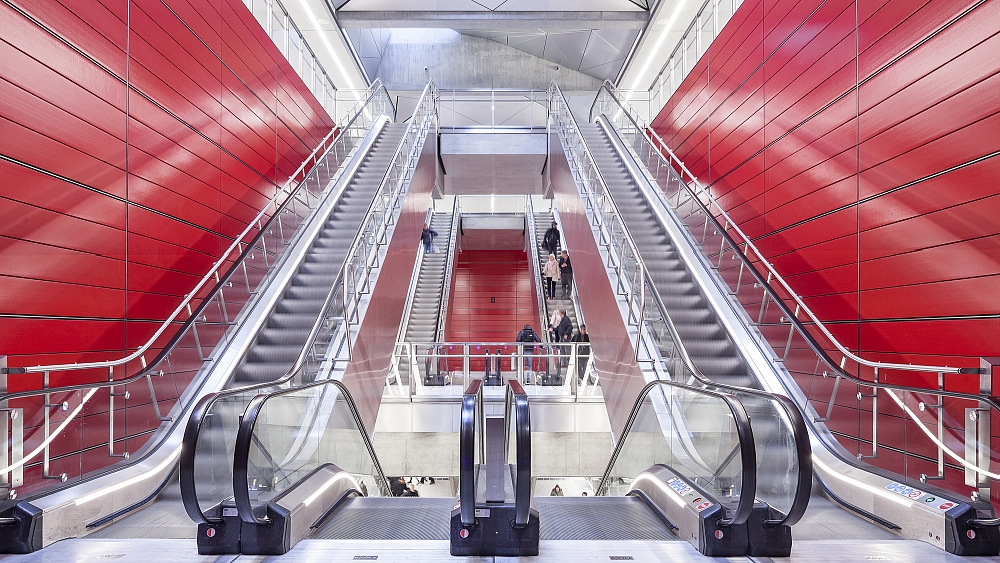