The iconic building ’Ved Vesterport’ – called “the copper house” due to its characteristic copper cladding, has been reconstructed into a vibrant and multifunctional office hub filled with architectural experiences. PLH Arkitekter has transformed the building with a focus on maximal daylight inflow and creating a modern working environment while respecting the history and distinctive architecture of the building.

PLH Arkitekter has undertaken a radical refurbishment and revitalisation of ‘Ved Vesterport’, located between the streets Vesterbrogade and Gammel Kongevej in central Copenhagen. The office hub accommodates a variety of private companies and organisations. PLH has also been in charge of the design management of the project.

A central focus of the revitalisation has been to form a completely new hub called “OFFICE HOUSE”. It is an integrated atrium and ground floor area, designed with a canteen, meeting facilities etc. Replacing the original concrete roof of the atrium with new skylights ensures a maximal inflow of daylight thus creating the best possible working environment. The inflow of light, the new inspiring space, and the shared facilities all improve the quality of the users’ work life – a focal point in the design vision of the project.

Increased connection with the city

Connecting the lobby to the atrium with skylights creates a bright and open unity with a direct view between the atrium and the facade windows placed in the inner courtyard. Now, passers-by can see the inside of the “OFFICE HOUSE” from the street. Thereby, the connection between the urban space and the building has been increased by using natural stones, similar to the ones on the street outside.

On the other floors, small, classical, single offices have been transformed into flexible, light and open office environments.

PLH transformed the building with great respect for the characteristic architecture and design of the building. The architects Ole Falkentorp and Povl Baumann designed ‘Ved Vesterport’ in 1932, which at the time was considered groundbreaking in terms of design, appearance and function.

‘Ved Vesterport’ is the first, larger functionalistic building in Denmark and the first Danish building constructed in a markedly iron structure – a construction method previously only used of NYC skyscrapers. Back in 1932, ‘Ved Vesterport’ was considered a tourist attraction and called “The New Centre of Copenhagen”. Registered as Copenhagen’s first office hub, small companies could now rent furnished offices with access to shared facilities or larger, connected offices areas. The building was equipped with the most modern installations at the time, such as an elevator, air conditioning, and neon signs on top of the building. At the opening in 1932, some of the most exclusive shops moved into the building.

As part of the transformation, the original design was successfully recreated. Materials and design match the character of the building, as a new interpretation in interaction with the originally functionalistic architecture, along with added accent and references to the art deco-style. As an example, ‘Ved Vesterport’ had special designed and handmade entrance doors made and new energy-efficient windows, which match the original design form the 1930s. PLH revitalised ‘Ved Vesterport’ with a modern and contemporary working environment by focusing on the inflow of daylight and indoor climate.

Wayfinding with the original functionalistic typography

PLH Arkitekter has optimized flow and wayfinding in the entire building. The wayfinding in ‘Ved Vesterport’ links the physical space, the users, and the iconic architecture of the building. 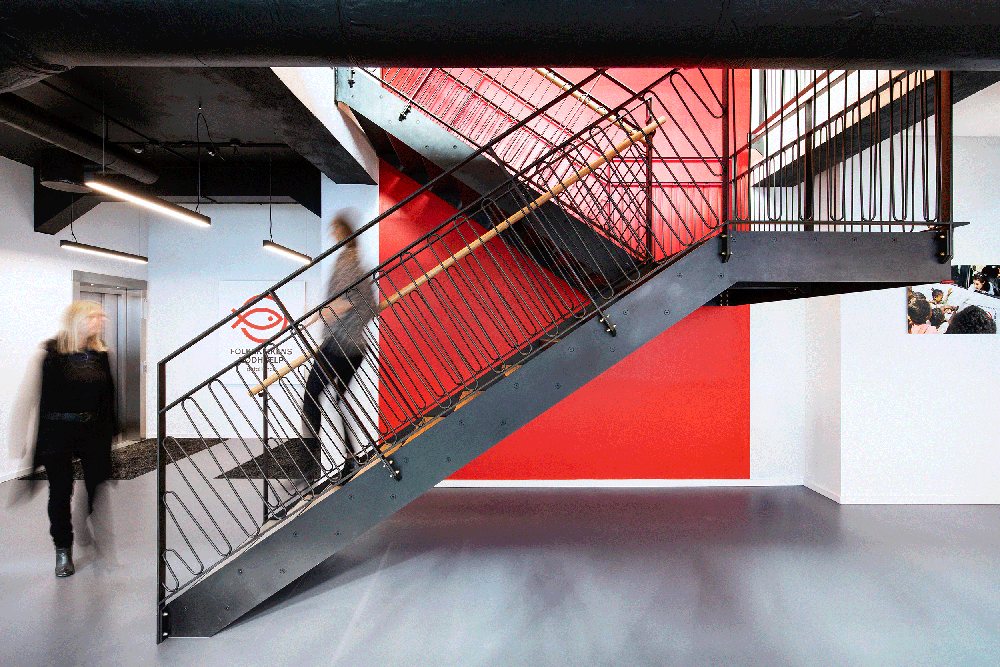 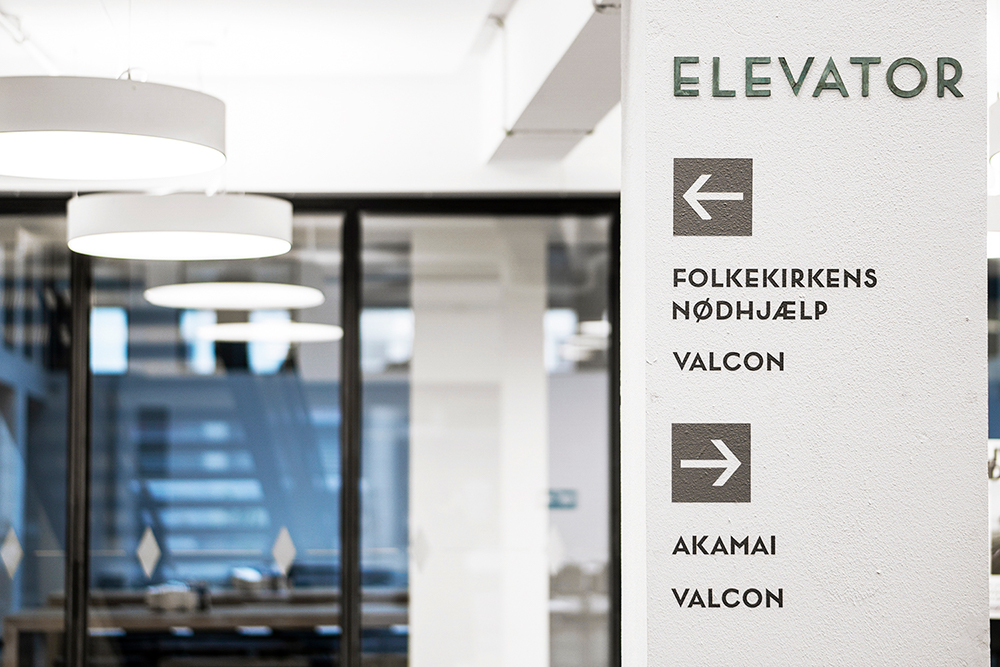 In respect of the architecture and the original design, we have ensured that the transformation matches the buildings iconic and innovative character and quality.

We are proud to have brought a very innovative building back to today’s standard in an attractive and sustainable way. By using high-quality materials and designing the building in a flexible and welcoming way, we give an 80-year old building new life, so it stands prepared for new challenges ahead. 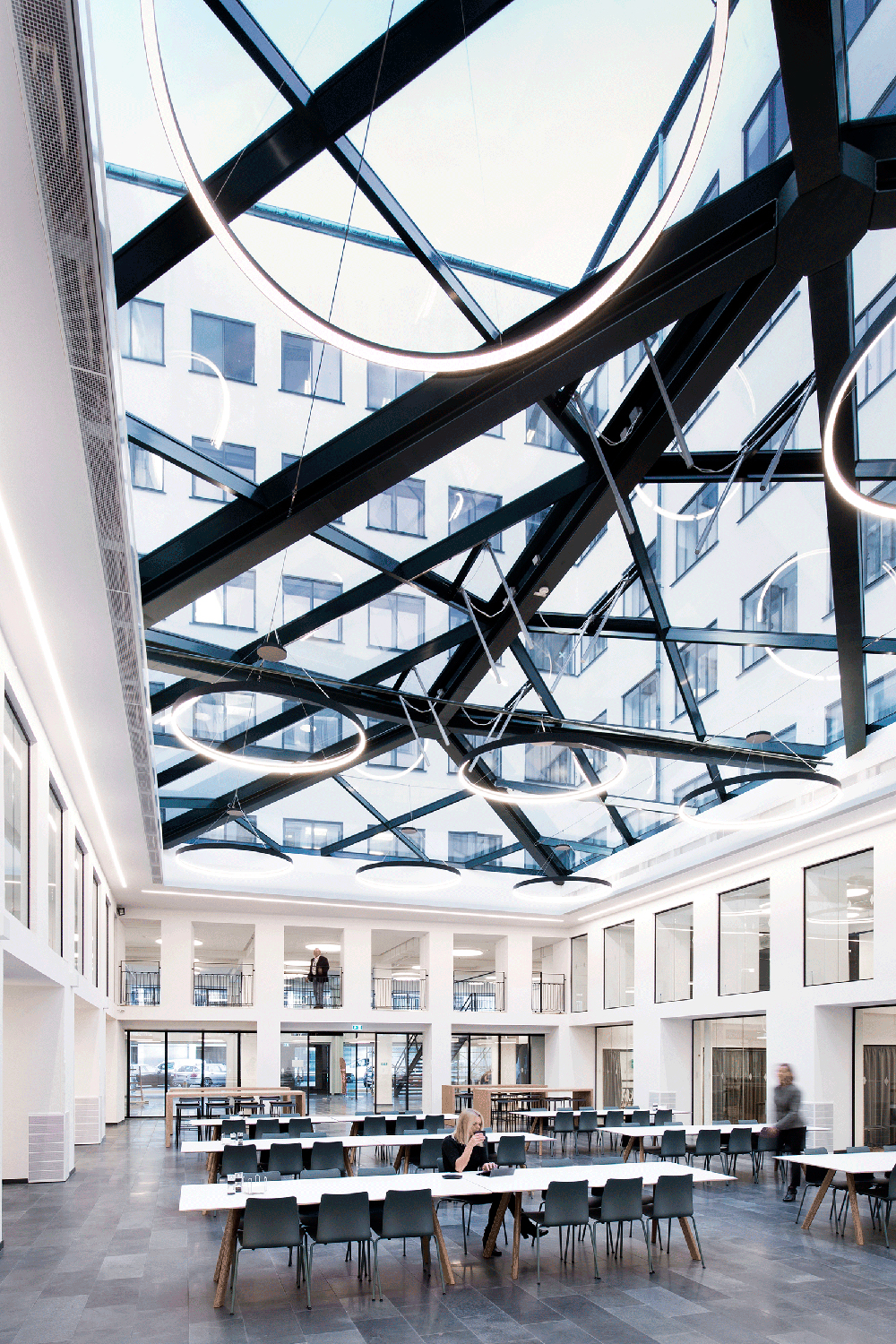 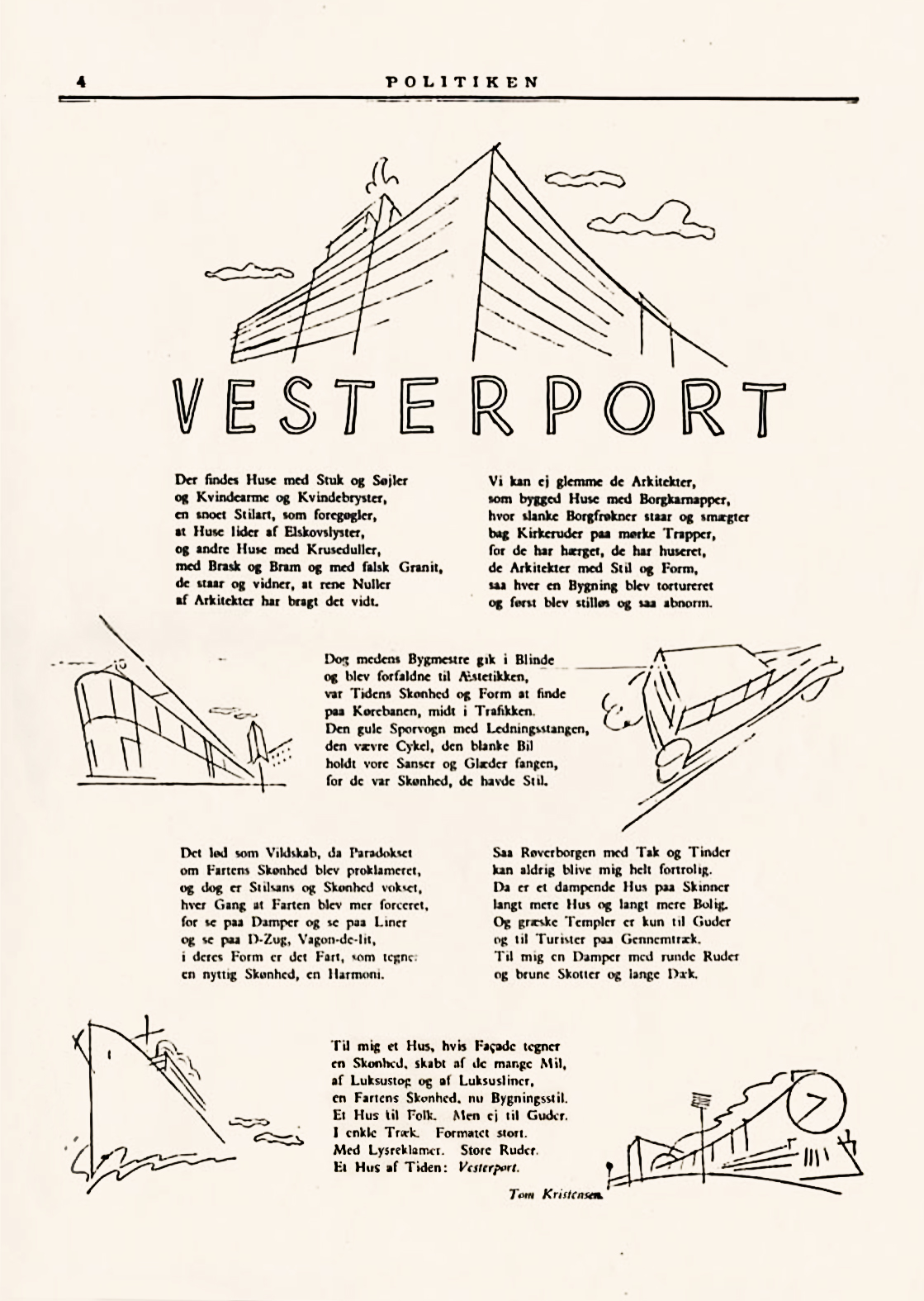 Photo: Poetic tribute to Vesterport, Tom Kristensen. ’Ved Vesterport’ raised such great awareness that Tom Kristensen, the modernistic author and poet, wrote a tribute to the building for the opening. Published in a special edition in the Danish newspaper ‘Politiken’, number 160A, the 9th of marts 1932. 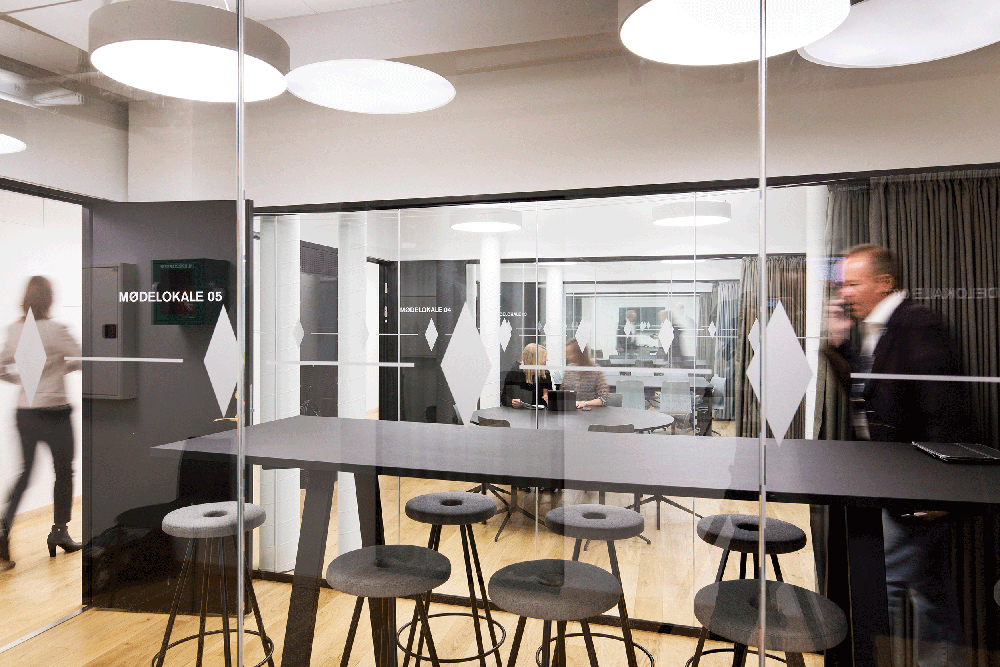 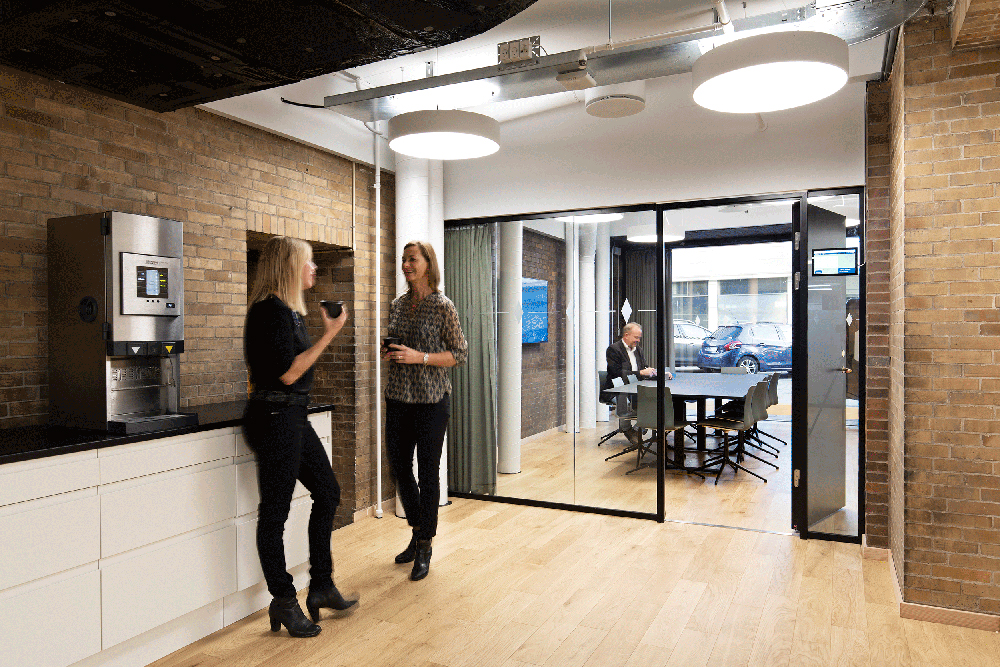 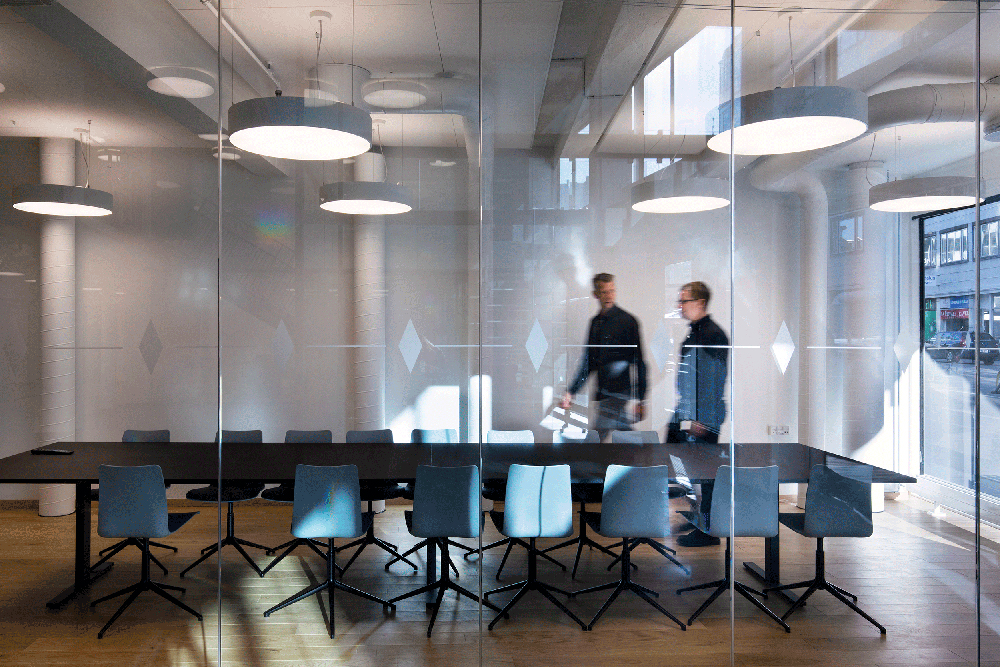 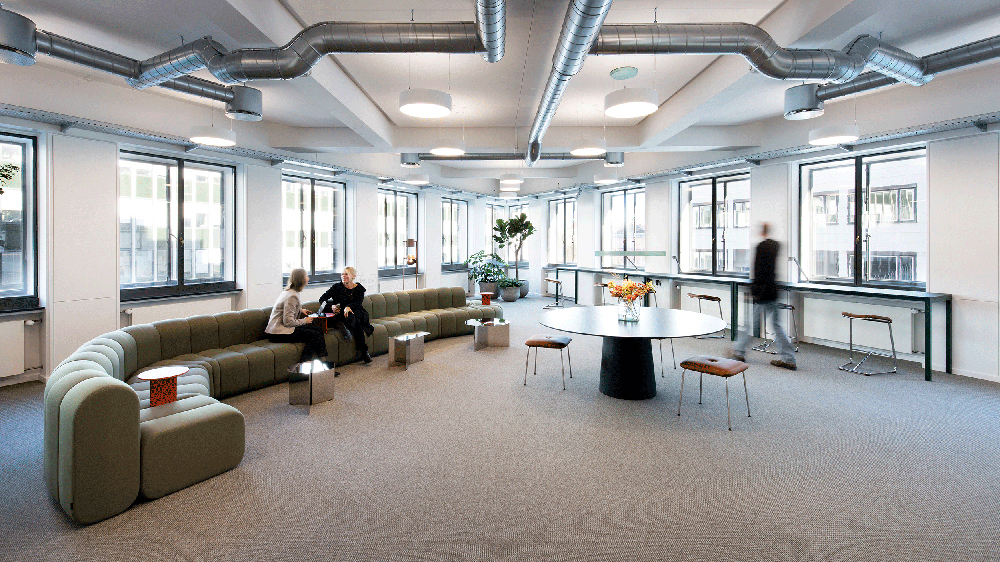 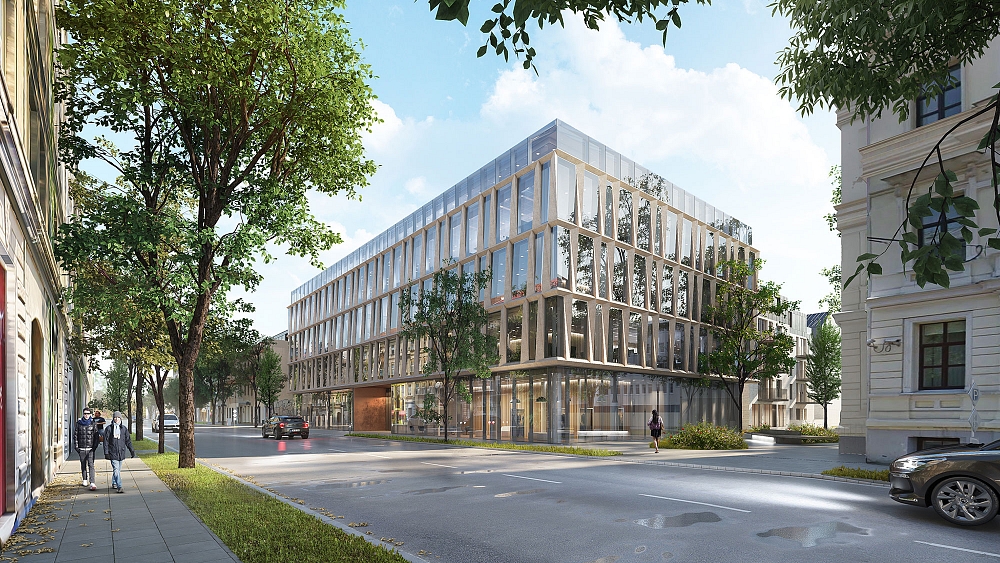 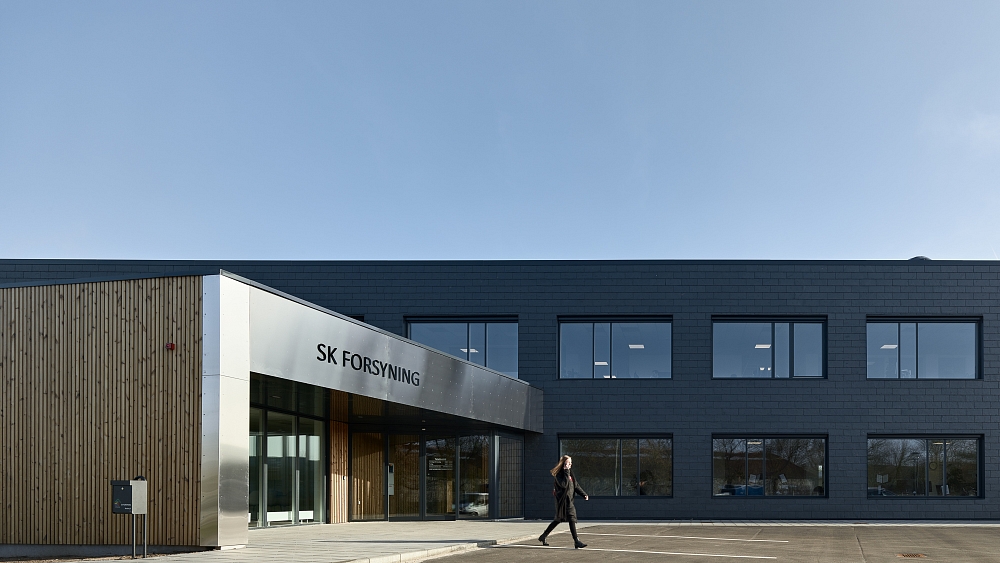 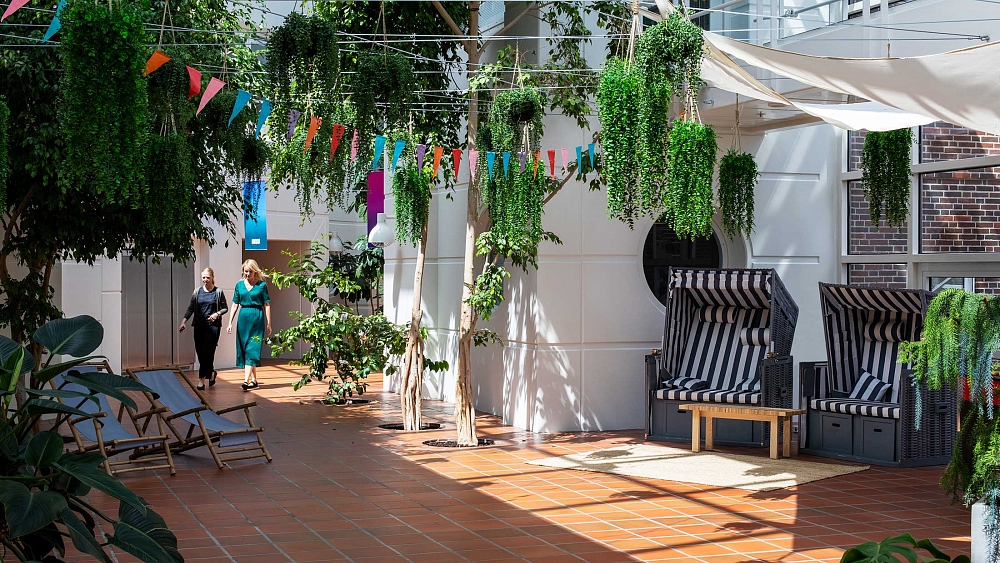