A new tramway connecting across Odense: part of an overall strategy for urban renewal, with integration into the existing urban environment as a key focus.

Odense Municipality has chosen Niras, PLH, Atelier Villes & Paysages and MBD Design as the winning team of the competition for the design and visualization consultancy for the Odense Tramway.

The team was responsible for the integration of the tramway in the existing urban environment and create a design coherence of the tramway line’s first stage of 14.5 km. This work formed a Designmanual.

Odense Municipality required the tramway to be included in the overall strategy for urban renewal and therefore to play an important role both as a catalyst for urban life and as a transport agent that connects the city across – such as downtown and the future Odense University Hospital (New OUH).

The design manual described, how to achieve a sense of continuity in the design of the tramway on the entire line, and it showed how to integrate the tramline in the exiting city in the best way possible. All the while it became an important part of the tender document, that entrepreneurs could compete to name a price on and to realize the project.

Following these events, PLH was a part of the consulting with Odense Municipality in terms of the entrepreneurs final designadaptations. 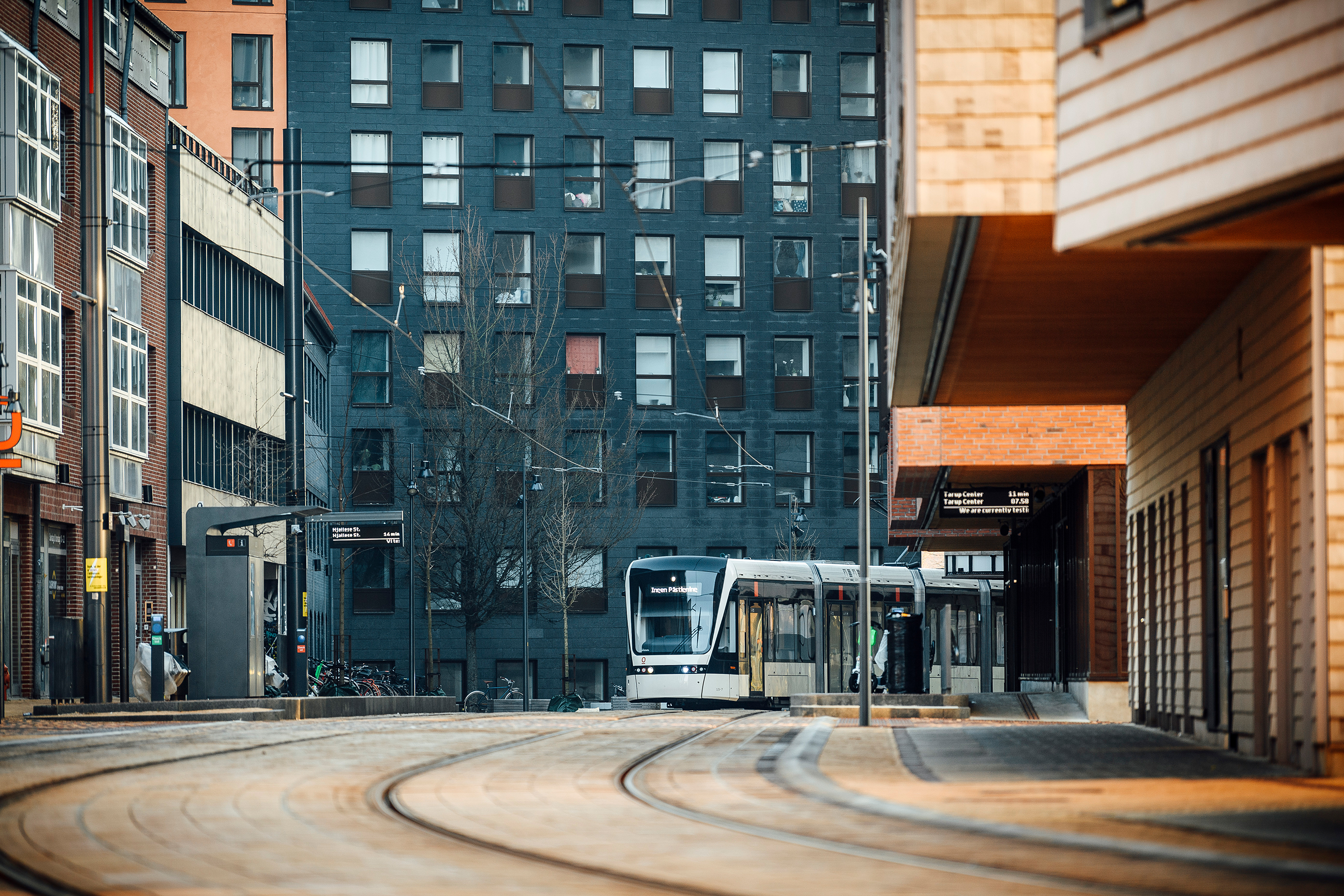 In the design of the tramway elements, a holistic thinking was emphasized, since all the individual elements will have an impact on the city and expressions of urban spaces.

PLH has amongst other things designed the catenary masts for the tram, and to make sure they are percieved as light and urban, their shape and colour have been inspired by the conical and dark lighting coloumns in downtown Odense. The stations half-roofs will also be dark soft-edged constructions that will, together with the stations soft-edged curb, will form a friendly design. 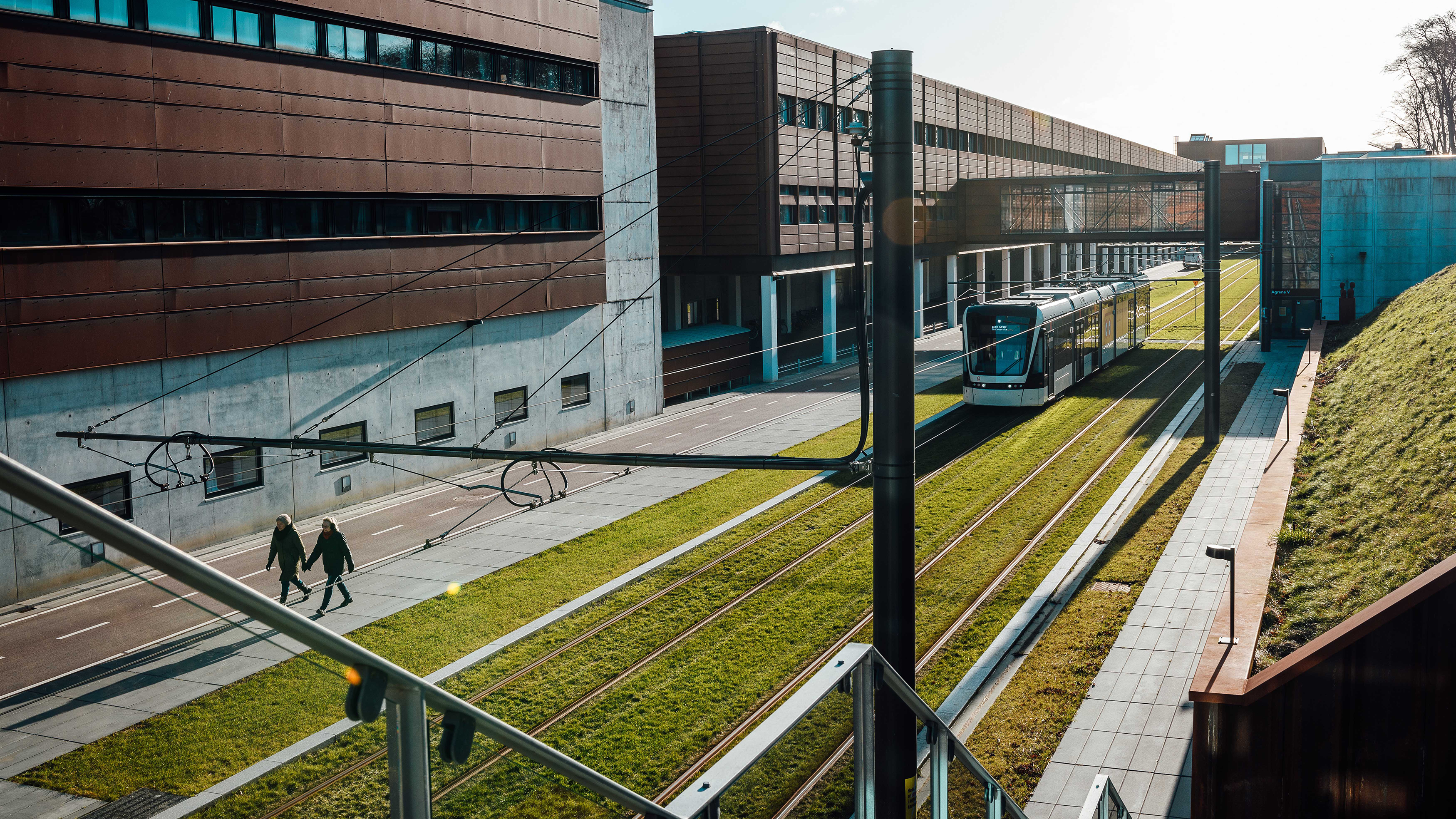 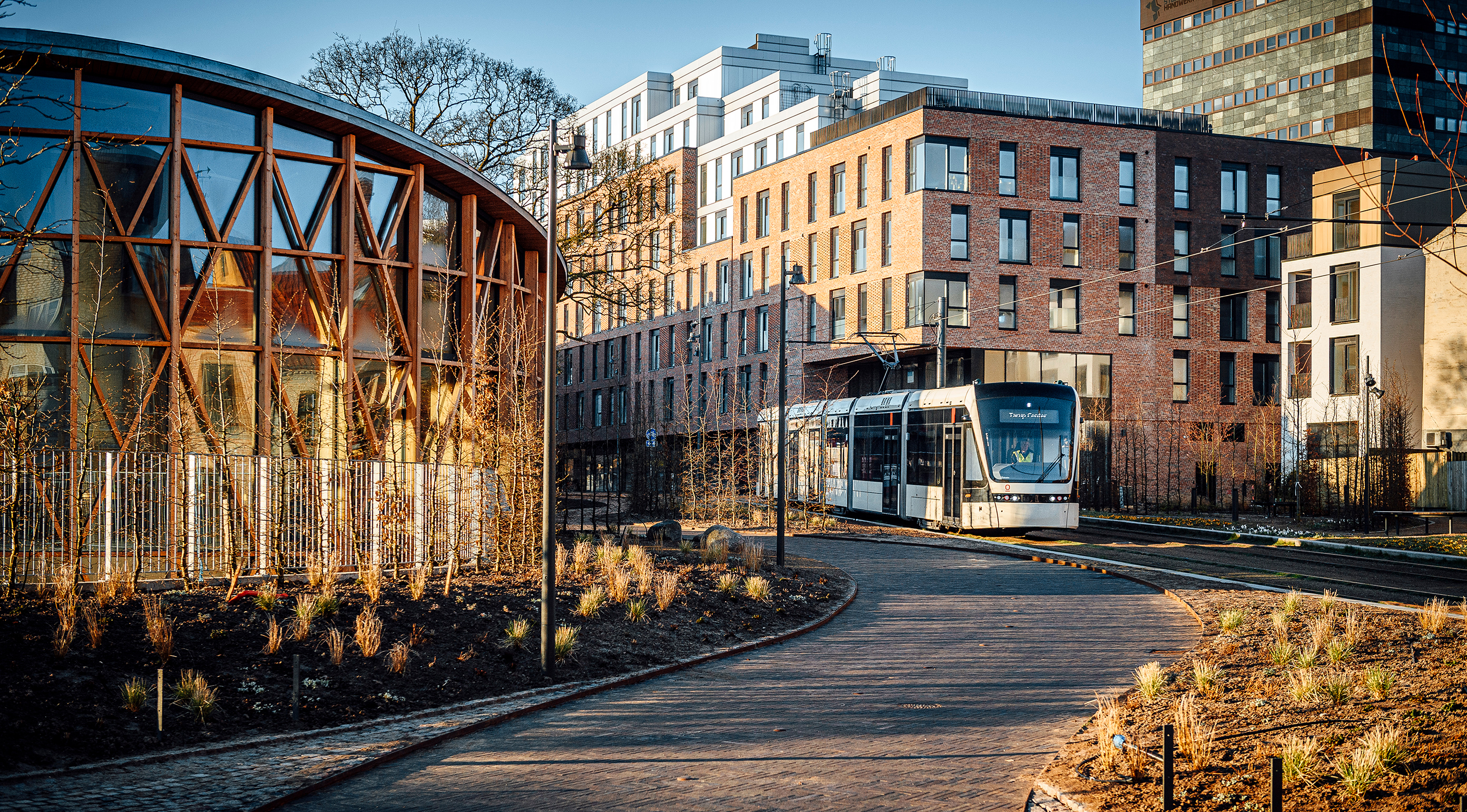 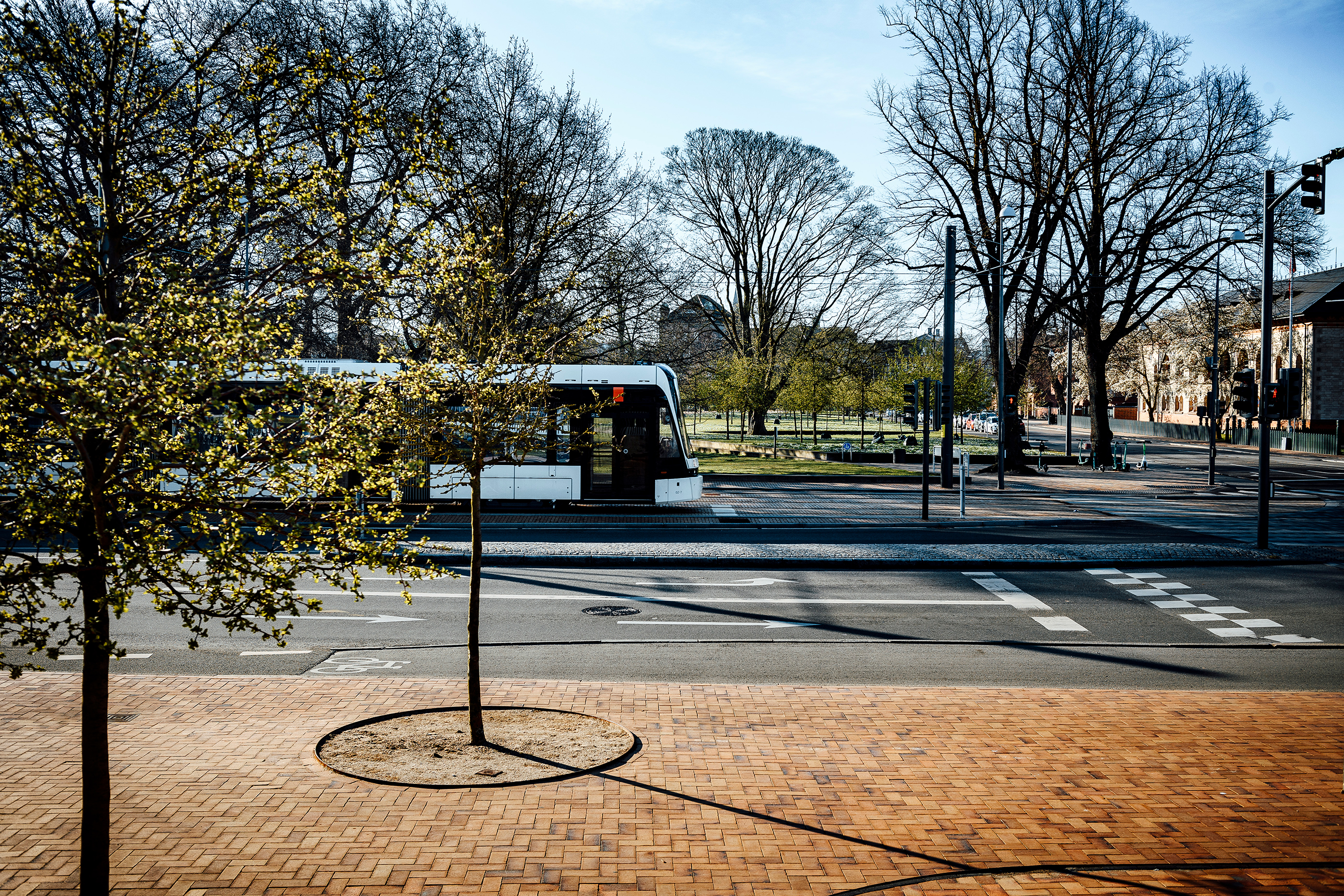 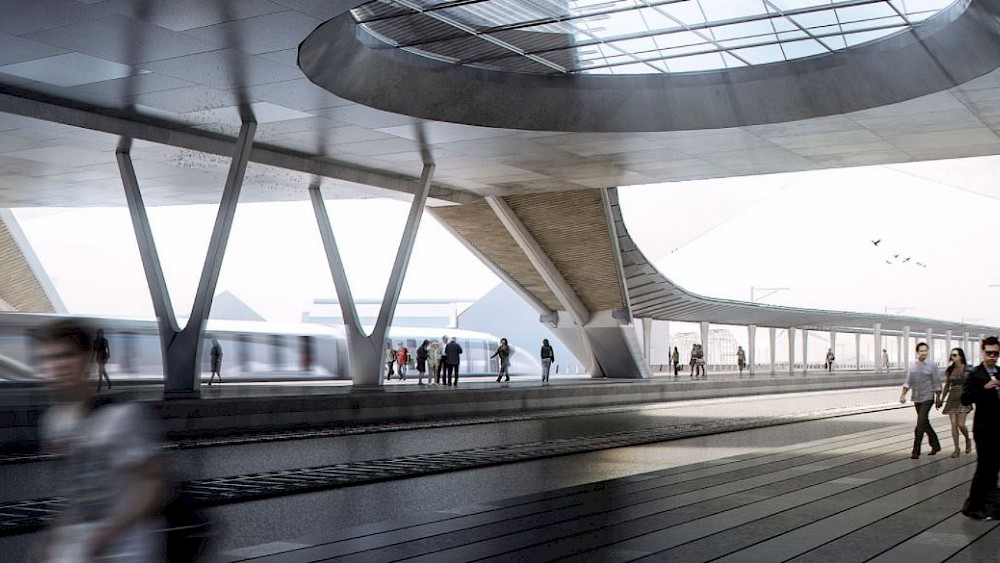 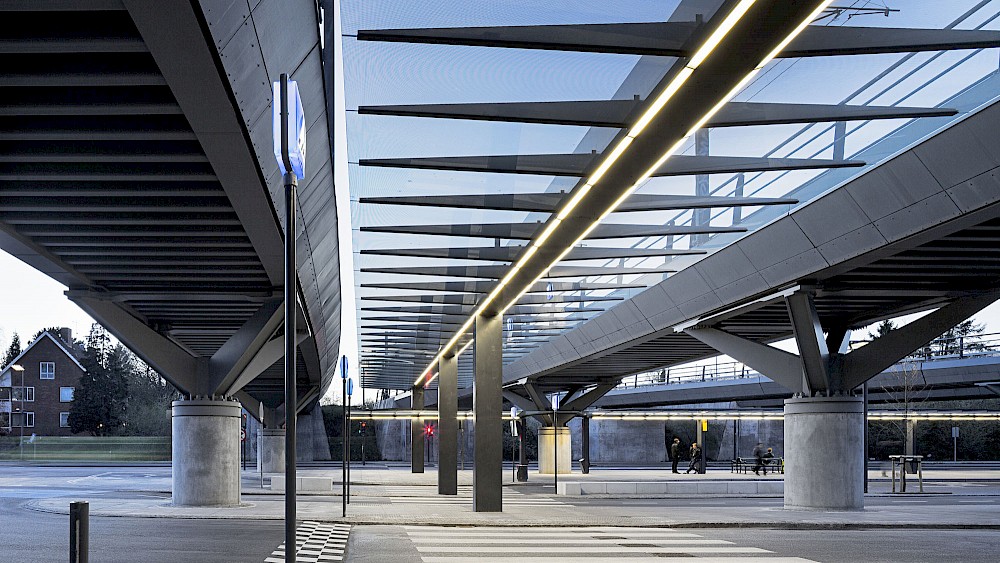 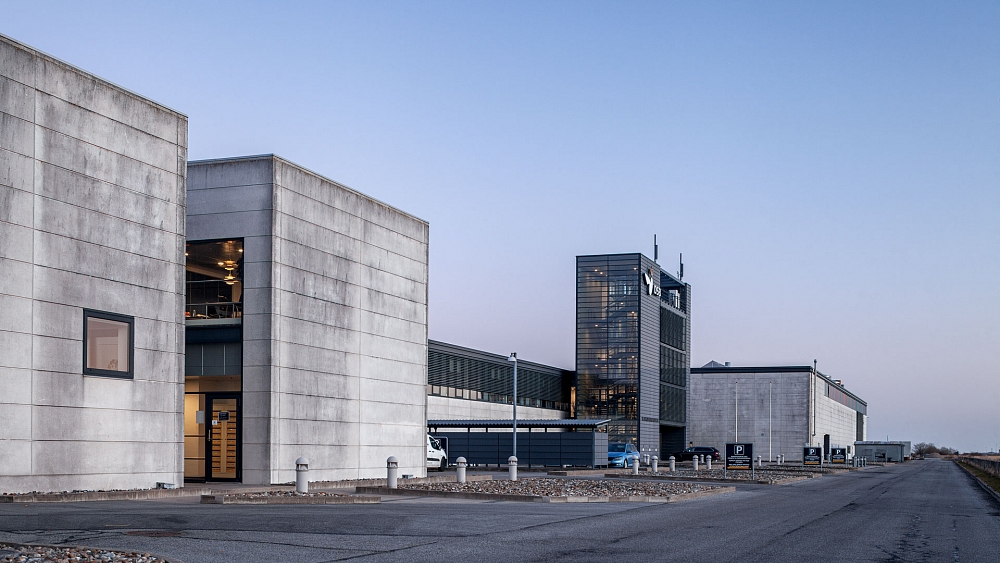