PLH Arkitekter’s proposal for an office hub on Lerchesgade in Odense, Denmark, does more than just meet the client’s requirements for load-bearing wooden structures. Here, wood is made an absolutely vital part of the building’s visual aspect – its identity, heart and soul.

Wood recurs as a ubiquitous element in all the various components of the proposed building, with floors, walls and window frames clad in different types of wood. At the heart of the building, the central atrium, the warm, organic appearance of the wood plays an especially important role.

In this huge space, which extends upwards by six floors, the solid wooden structures are exposed so that users of the building come into direct contact with the material and can interact with it – relate to it. Here you will find wood in the pillars, beams and balcony fronts – and in combination with the free-hanging stairs, crossing walkways and large glass sections, a dynamic, living expanse is created where employees, visitors and citizens can meet, work and spend time. 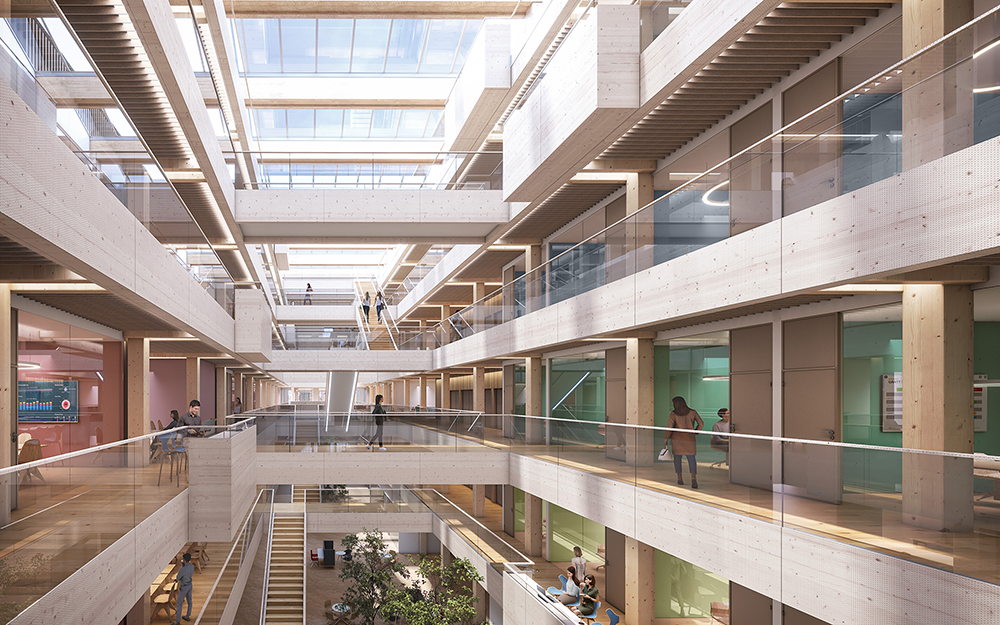 A building that respects its surroundings

The proposal presents a building that, despite its extensive volume, is adapted to the scale of the surroundings and forms a harmonious connection to the nearby townhouses. The construction has thus been broken down into seven buildings, each with its own distinct tower. The seven towers are of different heights, angled on the axis of the building and separated by niches, with the facade drawn back, terraces and green vegetation.

Around the building, outdoor areas are proposed which, in their form and appearance, enhance the function of the location as a link between the city and harbor. Here, green, staggered plateaus are established which emphasize the movement of the terrain and invite people to spend time there. The forecourts and terraces are covered with yellow tiles laid in a herringbone parquet pattern, referencing the tiles which are a common and distinctive material in the city of Odense, and at the same time helping to create beautiful, welcoming arrival areas for the building’s users.

An overriding ambition for the proposed construction was to create a building that is sustainable, flexible and future-proof. This is manifested in the choice of solid materials, such as wood and aluminum, in the building's zoning, which ensures that it can be adapted to changing wishes and requirements, and in the extensive green solutions, which reduce energy consumption, chemical emissions and lifetime costs while increasing employee well-being and job satisfaction.

The most sustainable construction is one that is able to adapt. This principle was essential in PLH’s proposed project – hence the building’s shafts are oversized by 20 percent, ensuring capacity if users’ needs change in future. 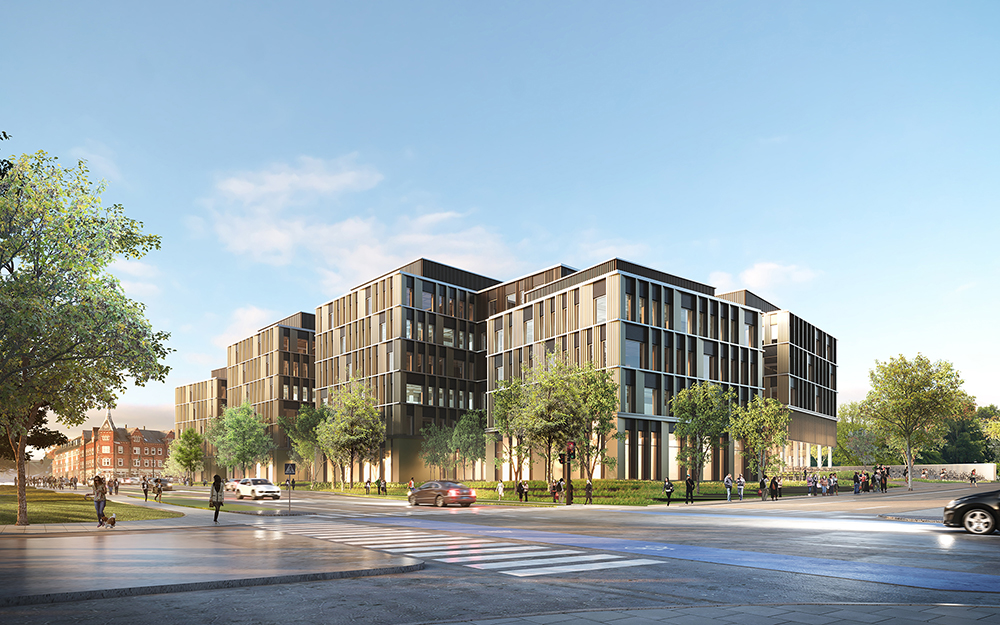 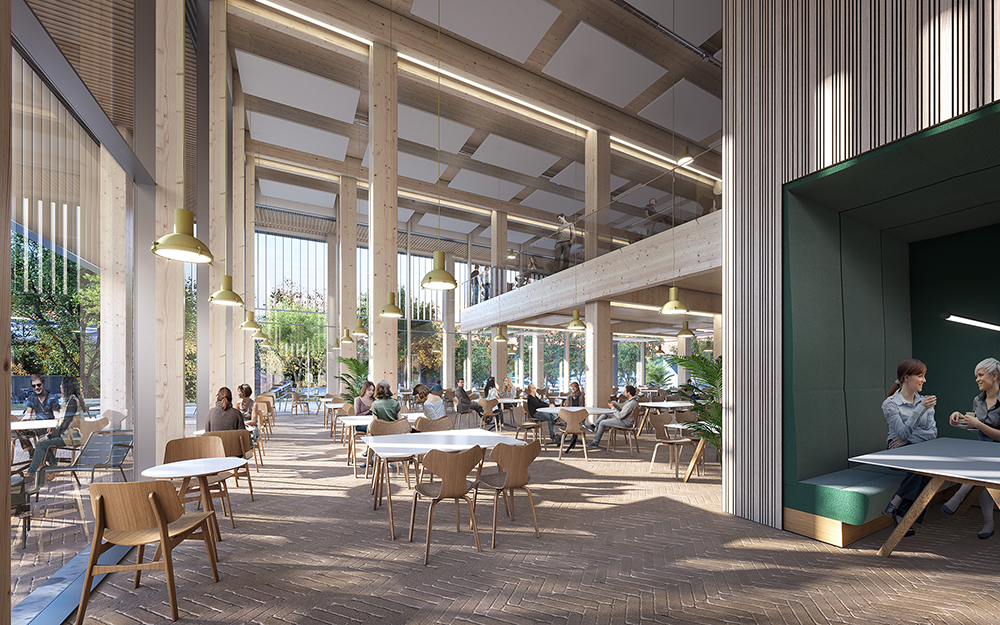 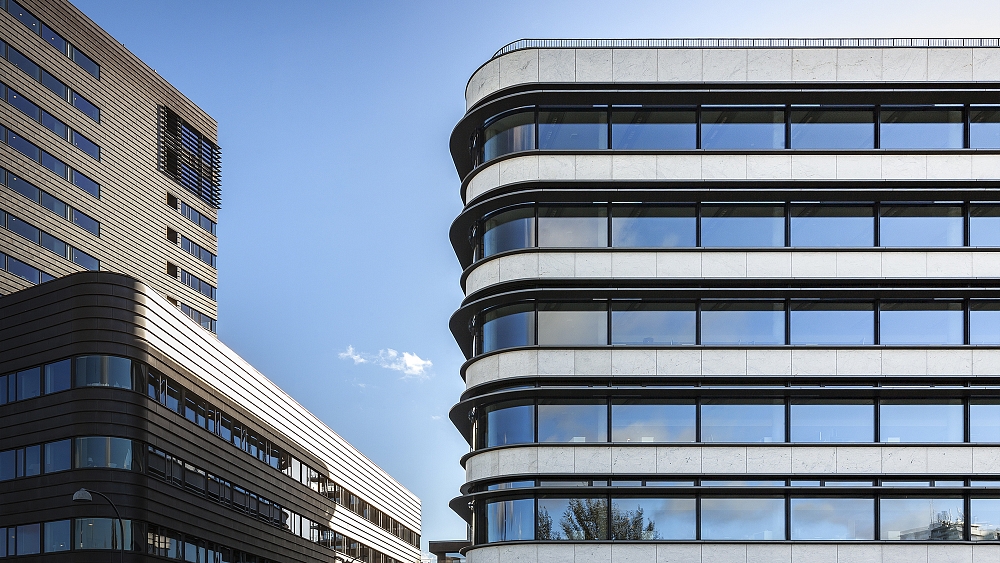 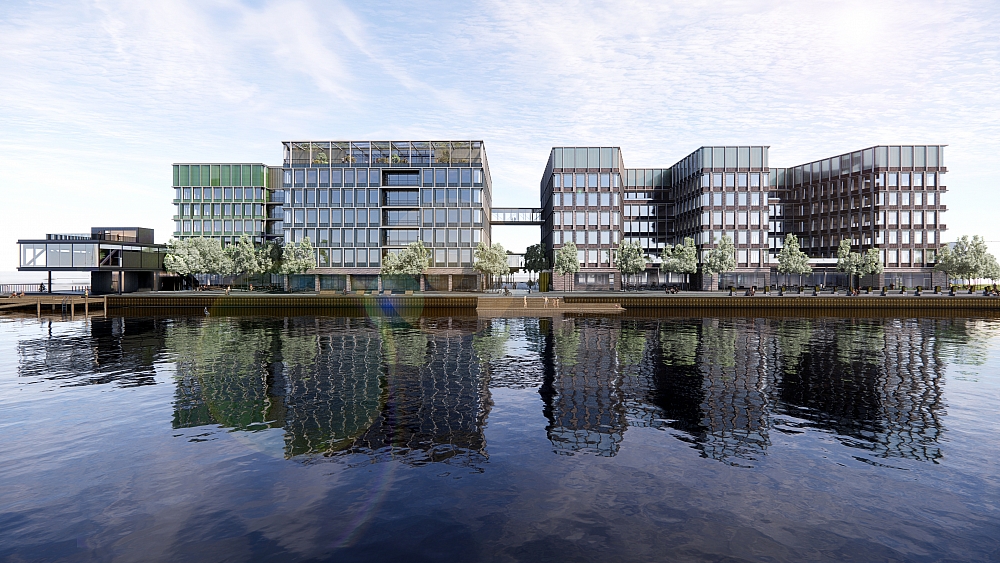