The AP Pension Fund headquarter building is comprised of two building wings of four and five stories that meet in a slightly blunt angle. AP Pension occupies the five story wing with penthouse, while the four story wing is occupied by an independent tenant.

The building is clad in dark, glazed brick and floors in the courtyard and foyer are paved in green alta slate.

Horizontal window bands create long recesses in the façade and provide offices with optimal daylight conditions. The gable end of the 5 story building has its own design character, with narrow horizontal incisions in the façade.

The reception area, canteen and auditorium are located at ground level, while offices occupy the floors above. The building’s hub is located at the point where the two wings converge to form an L-shaped foyer and stairway. Here, the large glass façade appears to open itself on to the forecourt and the neighbouring train station. 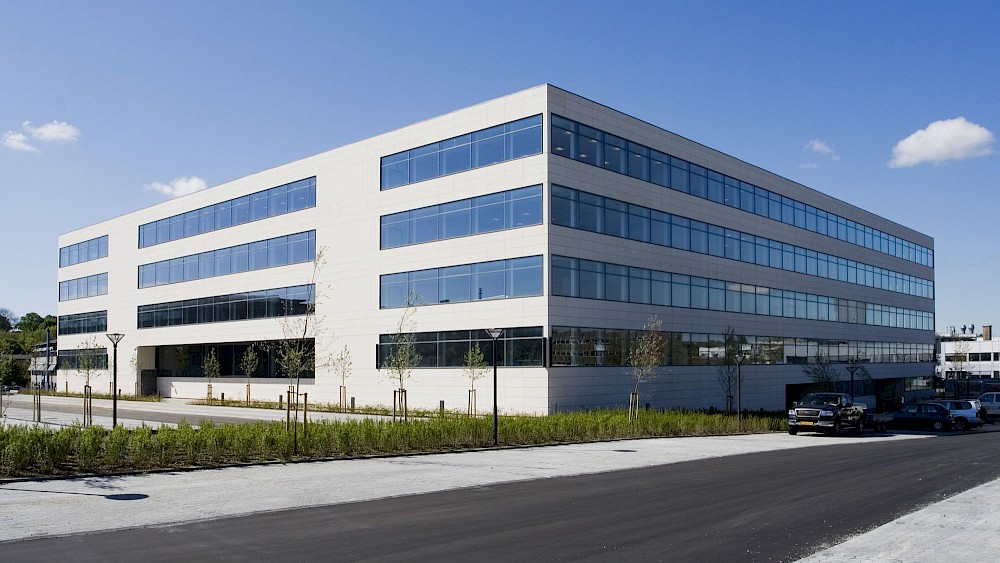